By adjusting the curve users can change the brightness of pixels in their images.

To remove a key point from the curve, drag the point under the bottom or the top border of the histogram control. 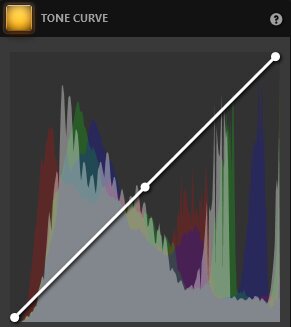 Note: this effect is available in the free version of Time-Lapse Tool.